I really, truly cannot stress how different my two birth stories are. With Z, I knew when labor was starting, and the whole process was very straight forward until he stopped descending and I needed an emergency C-section. You can read his full birth story HERE.

If L's birth story is any indication, he definitely seems like a child that will have a mind of his own and will keep me on my toes! My Braxton Hicks contractions started around week 20 this time around, much earlier than with Z. This "false labor" continued off and on for weeks. Finally, the Monday before my due date, it seemed like things were starting to progress. Z was a few days early, so it didn't seem too far fetched that L would be even earlier. We walked the zoo, we walked the mall, we ate all the foods thought to induce labor, the whole shabang. No baby.

Tuesday, my contractions were consistently close enough together for Hubs to stay home - we knew L was on his way! Until the contractions kept coming at the same rate and didn't progress ALL. DAY. LONG. I tried to use the time well and got in for a final chiropractic adjustment. L had been OP (sunny-side up) and we were using the Webster technique to encourage him to turn. Z's OP position and raised chin are the very things that kept him from descending and led to my C-section, so we wanted to do everything we could to achieve a VBAC this time around.


Wednesday the contractions were consistently even closer together, but still stayed at the same steady rate all day long. I had a prenatal appointment that day and finally asked for a cervical check. Let's see if all these contractions are getting me anywhere! I was very happy to hear that I was 80% effaced and 4-5 cm dilated - however, L was still at a -3 station. Despite the cervical changes, he was not descending at all.

I spoke with my doula and started learning some exercises from the Spinning Babies site to encourage L to move down. Labor seemed to slow down a bit, so I welcomed the night off and planned to start doing the exercises in the morning.

Thursday, my mother-in-law was staying with me (just in case) and helping me get to another prenatal appointment with Z in tow.  As a VBAC, I was only able to go past my due date after taking a peek at the baby and confirming that everything looked healthy. We decided to grab breakfast on the way and my contractions started to pick up in timing and intensity - but this had been happening for days, so I wasn't too concerned.

By the time we made it to the OB, I was having to focus on breathing through the contractions a bit more. I remember sitting in the lobby and closing my eyes to breathe through a pretty strong one when I heard my nurse midwife utter a knowing "uh-oh". She decided we needed to skip the exam that I came in for and do another quick cervical check. I was even more dilated and effaced, and L had moved down to a -1! Amen!!

It's a good thing the OB was right across from the hospital because that's we were heading. Do not pass "GO". Do not collect $200. It's time to have a baby. I called Hubs, my doula, and my mom on our way out the door.

Everything after this point gets a little foggy. I filled out what felt like a mountain on paperwork in between contractions, and I heard my husband's voice behind me as I headed to the hospital room. My mom and my doula arrived shortly after and helped me focus through labor. They had to do continuous monitoring (I know, not my ideal) so I spent the first half-hour or so on the bed while they got a baseline. That wasn't the most comfortable position for me, even once I switched to kneeling on the bed and leaning on Hubs for support. 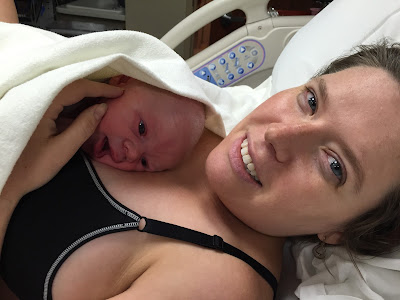 Finally, I was able to labor off the bed and try different positions. At this point, my contractions were far more intense than they ever were with Z, even after several hours of natural labor. I think the way he descended so quickly made for some VERY strong contractions. I found it most comfortable to be standing or sitting up, so I alternated between the two and my water broke while I was sitting on the bedside potty that we were using as a birthing stool. Once that happened, the intensity went from a level 10 to a 15. I asked several times if it was too late to get an epidural, asked for one a couple of times, and told them to let me know before it was too late to get one. They knew, though, that I did NOT want an epidural.  The pain and intensity was causing me to have some moments of weakness but I hated the way the epidural made me feel with Z and I had made it very clear to the team that I wanted to go "natural".  I prayed. I cursed. I thanked the team for their help.  I told them I didn't like them at all and they needed tic-tacs. I was emotionally all over the place.

I had no choice but to push now. There was so much going on internally that I became largely unaware of what else was happening in the room. The next thing I knew my birth team was telling me to get on to the bed as quickly as possible and the amount of people in the room seemed to triple. I heard them telling me that I needed to get on the bed for the baby and that he needed help, but I was so overwhelmed by everything that was happening in my body and the contractions were coming so quickly that it seemed nearly impossible to move.  Eventually though, I made it onto the bed and they helped me onto my back. The rapid decent was causing L's blood pressure to drop too low and they needed to get him out as soon as they possibly could. I pushed once and they said they said they could see him crowning. On the second push I felt a big release and the warmth of L's body as he slid out.  I thought it was over but then I realized I needed one more big push.

3 days of labor, 4 hours in the hospital, 3 pushes and this boy was out!

Baby L was placed on my chest and Hubs cut the cord. L was here and it was all over. 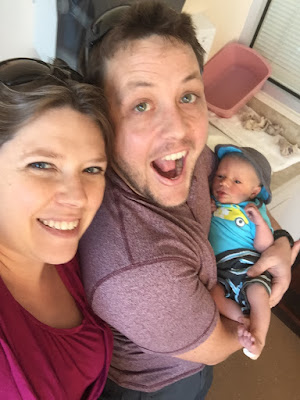 Except it wasn't quite. I had torn significantly and needed to be stitched up - and I would later realize that the quick labor also bruised my tailbone and knocked it out of place. (By the way, I didn't feel the "ring of fire" or the tear happen at all)

I lost a lot of blood during the whole process and started to feel very faint and turned even more pale than my usual Scotch-Irish self, but a bag of IV fluids helped almost immediately.

We had the room to ourselves as a family for a couple of hours and we brought Z in to meet his baby brother. Soon thereafter, I noticed L's breathing sounded a little funny and I had the nurse take a listen. Long story short, the fast birth left some fluid in his lungs and he had to go to the NICU for a few days. I wasn't able to nurse him for a while, but I pumped and brought the milk to him for when he was able to take it. Unfortunately, the IV fluids meant a lack of poop, which meant jaundice - but soon we were able to bring L home!

Help Me Spread the Word!

Hi there! I am so excited to share with you a vision that I've been working on for a while now - an online educational resource for parents that equips you to teach your kids world cultures and kindergarten-readiness skills though play!
I've set up a YouCaring acount to get the word out there and hopefully raise some start-up funds. Please take a moment to read, share, and consider supporting it! Thank you so much, and happy journeys. :) 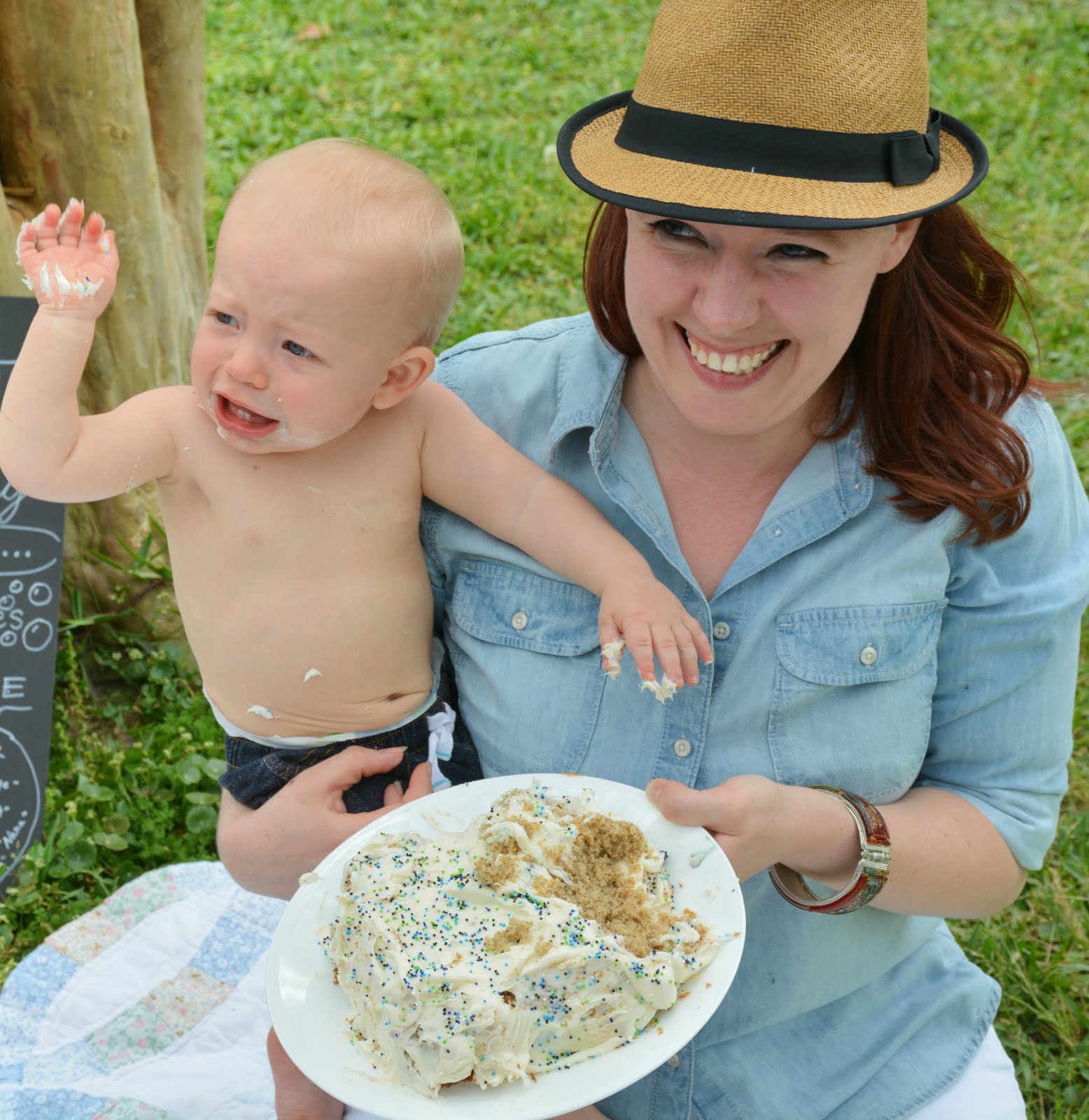 I'm a daughter of God, married to the most amazing man I've ever known and mama to two beautiful boys. I am passionate about teaching my little ones through play, loving others, travel, cooking, living a healthy lifestyle, and getting back to basics.

Dear Me at 3 am: An Open Letter for Sleep-Deprived Mothers 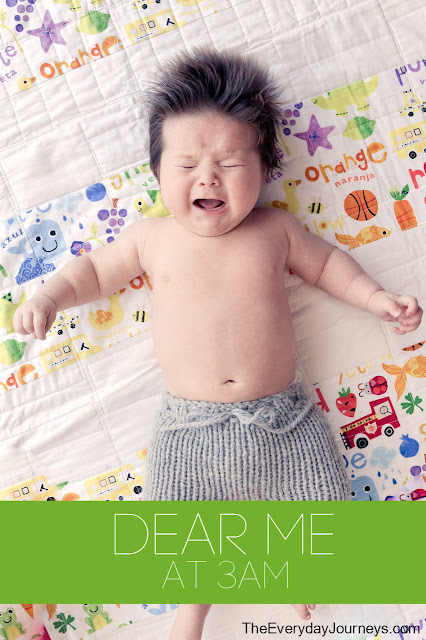